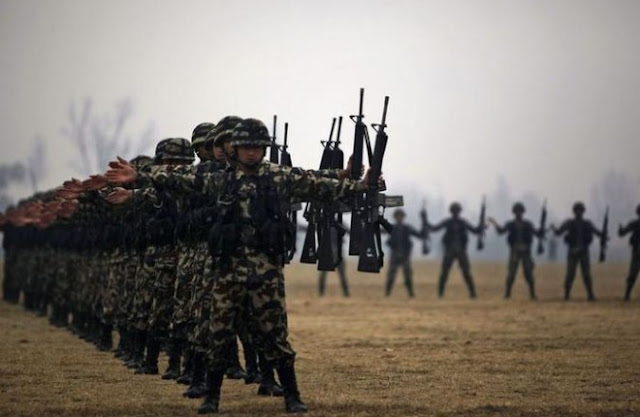 Nepal’s army schools are finishing their first stage implementation of Invincible Defense Technology (IDT), giving them the ability to operate directly at the level of the unified field of all the laws of nature – a level that is a thousand million, million (10 to the 15th power) times more powerful than nuclear force. It is the level where all the fundamental forces of nature are united.
For this reason, IDT supersedes all other known defense technologies (which are based on electronic, chemical, and/or nuclear forces). Therefore, the military of Nepal will gain the ultimate strategic advantage of invincibility by averting the rise of any enemy and they WILL achieve victory before war.
The ultimate goal of IDT is to prevent enemies from arising by reducing the collective societal stress that culminates in war, terrorism, and crime.
IDT involves use of the Transcendental Meditation (TM) technique and its advanced practices, ideally by the military, to reduce this collective societal stress. Extensive peer-reviewed research has documented the efficacy of this approach. Militaries and police worldwide have successfully field-tested and are now using this approach.
The army school in Bhaktapur, Nepal was the first military school to implement TM. Three hundred of its teaching staff and 2700 students there have greatly benefited from practicing TM, according to TM teacher Pappy Regmi
“TM has been practiced by the students of Sainik Awasiya Mahavidyalaya Sallaghari Bhaktapur for the past three years,” Regmi said. “After the students mastered the simple, natural, and easy-to-learn TM procedure, we noticed many positive changes in them. They are less irritable, aggressive and destructive in nature than before. Many students improved their academic performance. This non-religious scientifically-validated technique is helping the students in their overall development.”
Samim Anwar Shamim, the former Principal of the army school also noticed improvements: “Daily Transcendental Meditation practice in the school greatly reduced the abuse problems and antisocial behavior of students. It has been the best tool to maintain discipline and healthy environment in the premises of the army school.”
There are many other individual benefits to be gained for warriors who regularly practice TM. Three hundred ninety five peer reviewed studies show that TM improves physical and mental health and wellbeing. TM reduces the pathological and physiological results of chronic stress. Clinical trials and meta-analyses show reductions in: anxiety, high blood pressure, smoking, alcohol use, hardening of the arteries, insulin resistance, and a nearly 50% reduction in risk of heart attack, stroke or death.
Due to the initial success of IDT implementation, the Nepal Army Welfare Directorate has taken IDT seriously and has decided to implement it in three schools of the Nepal army. Two army schools from Chitwan and Pokhara have already started the TM program as a part of the project.
There are other important IDT benefits. Research has shown that the TM technique promotes development and resilience, improves wellness, and dramatically reduces burnout and symptoms of post-traumatic stress. For this reason, the Veterans Society of Nepal and the Nepal Maharishi Vedic Foundation jointly launched a project to teach the TM program to retired army personnel. Due to their combined efforts, retired Nepalese army officers and Nepal Army Rehabilitation Center war casualties have learned TM.
The individual benefits of IDT for the warrior are promising. Invincible Defense Technology is aptly named. The most important benefit to be gained from implementation of IDT is invincibility for the nation of Nepal. Invincible means incapable of being defeated; unconquerable. Defense means to defend and to protect. Technology is applied science. The goal of IDT is to prevent enemies from arising. The military that properly applies it can ultimately obtain victory before war. Once this goal is achieved, the military becomes invincible because there are no enemies to fight.
Former Home Minister, Deepak Prakash Baskota was one of the first Nepalese leaders to advocate military use of IDT to create invincibility. In a 2012 article published in Eurasia Review titled “How Nepal Can Have An ‘Invincible’ Military” he wrote: “Leaders in Nepal could make their mark if they adopt this most ideal defense system. The implementation of IDT would mark a turning point in the history of Nepal’s national defense, and the leaders in Nepal would also be leading the world into perpetual peace.”
Nepalese military leaders were wise to follow his advice. These are exciting times for the military of Nepal as increased numbers of TM meditators in the army schools will be learning a more advanced practice of IDT. In just a short time these warriors will have an even more powerful influence. IDT “Prevention Wings of the Military” will accelerate reduction of Nepal’s collective stress.
Col. (Ret.) Jitendra Jung Karki was Liaison Officer at “Sainik Awashiya Mahavidhyalaya,” Army Residential High school of Nepal. Dr. David Leffler is the Executive Director at the Center for Advanced Military Science (CAMS)

Popular posts from this blog

Soma, It’s Effects and How It’s Produced At MIU with Keith Wallace in the mid 70s, he played for his biology students every tape he had of Maharishi talking about Soma - the finest product of digestion.   Here is a transcript of one of those tapes: Maharishi : It’s very easy to understand about soma, hmm? A sickly nervous system does not produce that material from what we eat or drink, which will maintain the body for long time. An ineffective nervous system, inefficient, sick nervous system, the digestive ability is very much less, and therefore, whatever the system digests, is not good enough to make the body strong. When the health is more normal, then the digestive system produces more agreeable product from what we eat. If the nervous system is very normal, very, very normal, then the digestive system will be able to digest the whole value of what we eat. Whole food will be completely digested. That means, the finest of the relative particle will be so modified in t
Read more

The twelve Jyotirlingas of India ­­– Seats of Silence for the World

A Jyotirlingam ( Sanskrit : ज्योतिरिनगम  ) is a focal point, or seat, of silence, and represents the great deity Shiva , the embodiment of silence. Jyoti means 'radiance' and lingam the 'mark or sign' of Shiva, or a symbol of the pineal gland ; Jyotir Lingam thus means the The Radiant sign of The Almighty . There are twelve traditional Jyotirlinga shrines in India . It is believed that Lord Shiva first manifested himself as a Jyotirlinga on the night of the Ardra Nakshatra . It is assumed that a person who reaches a higher level of spiritual attainment can see these lingas as columns of fire piercing through the earth. Vedic Literature on Jyotirlingas According to Śiva Mahāpurāṇa , once Brahma and Vishnu had an argument over their relative supremacy. To test them, Shiva pierced the three worlds as a huge endless pillar of light, the jyotirlinga . Vishnu and Brahma split their ways to downwards and upwards respectively to find the end of the light in eithe
Read more 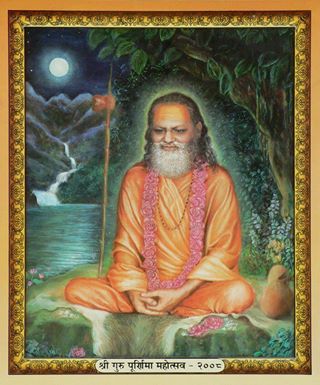 Unconfirmed quote of Guru Dev September 1945 It is said that in September 1945, when the Second World War was over, newspaper reporters wanted to know the reaction of Shankaracharya Swami Brahmananda Saraswati, Shankaracharya of Jyotirmath (Guru Dev). Allegedly he gave them the following statement, parts of which match other published quotations of Guru Dev... “Real victory is that, after which there can never be a reverse. Nobody can call himself a victor forever merely by crushing an external foe, because such foes can spring up again. A real victory is achieved by bringing under control the internal foes. A check over the internal enemies is therefore the only way of conquering the external enemies forever, because we should bear in mind that it is our own internal enemies which create the external enemies. These inner enemies are ambition, anger, greed, false attachment, vanity and jealousy. It is this hexagon sitting inside us which makes a cat's paw (duping)
Read more

Visit profile
This site celebrates life in the Himalayas (in particular) and India (in general), drawing on the spiritual, cultural and Vedic traditions which have shaped this ancient nation.

As a World Peace professional for 25 years, I am engaged in effective validated programs whose the goal of establishing lasting world peace. Your sponsorship support is welcome (see Donate button below). For more info: worldpeacesolutions.net.

Support my role with the Purusha Program for world peace